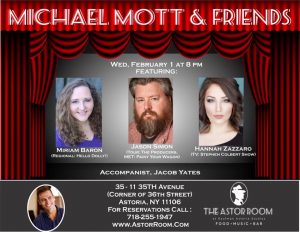 Hannah will be joining Michael Mott for his weekly cabaret at the Astor Club. She, along with Jacob Yates, arranger/accompanist extraordinaire will be doing their versions of pop and classic rock songs. 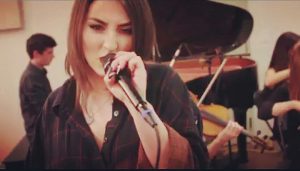 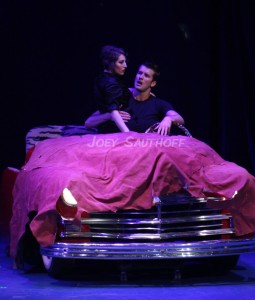 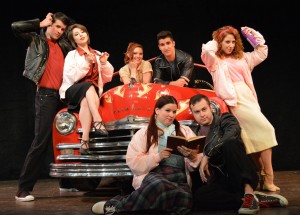 "Taking on the scandalously independent role of “Rizzo” is Hannah Zazzaro, a gifted vocalist who finds no difficulty soaring into spine tingling, resonant upper belts in “There Are Worse Things I Could Do”, a song that ultimately conveys the tender and vulnerable identity of the promiscuous Pink Lady. A refreshing moment of superiority, Zazzaro provides audiences with the most memorable solo vocal of the occasion..." ~Benjamin Dennis~ Shippensburg News-Chronicle 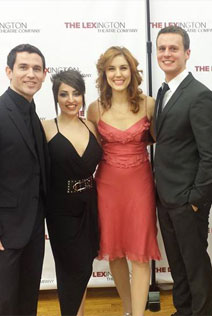 Concert with the Stars

MENU
Send this to a friend